SaaS Weekly Funding Roundup for the week of 4th April 2022. 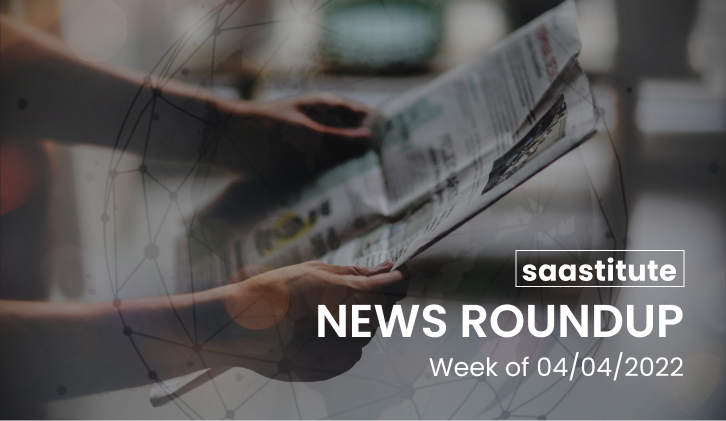 Onecode has raised $13 million in Series A

Bengaluru based fintech startup Onecode has raised $13 million in a round led by General Catalyst. Other participants were Sequoia Capital India’s Surge, Nexus Venture Partners and Waterbridge Ventures. In July 2021, the firm raised $5 million.

Games 24x7 raises $75 million in a venture round

Games 24x7, the company that operates RummyCircle and My11Circle has raised $75 million in a round led by Malabar Investment. The round saw participation from existing investors Tiger Group and Raine Group. Post funding, the company became the most valuable multi-game platform in India, with a valuation of $2.5 billion.

Merchant commerce platform Pine Labs has raised $50 million in a round led by Vitruvian Partners, putting its total funding at $1.2 billion. The round also included a $15 million ESOP buyback before its US IPO. Post funding, the firm was estimated to have a valuation of a little over $5 billion.

Jaipur based Finova Capital has raised $65 million in a Series D round led by Norwest Venture Partners and saw participation from Maj Invest and Faering Capital. In 2020, the firm raised $35 million in a round led by Sequoia Capital, and its total funding stands at $141 million.

Crowdfunding has become a rising trend amongst SaaS firms that are trying to raise funds. Here are The Basics of Crowdfunding for Your SaaS Startup.

Bottom-up is a business model in which a company takes the salesperson out of the picture and sells directly to the customer. Although it might seem counterintuitive, here's how Bottom-Up became the Go-To-Market Strategy of choice for millions of SaaS entrepreneurs.

To dive into all things SaaS, visit us at Saastitute, where we have an endless collection of blogs, SaaS startup stories, and Weekly Funding Roundups. Be sure to sign up for our latest bi-weekly newsletters to keep you up to date on the latest SaaS developments.